This 6-Days Fez Desert Tour is suited to travelers with a thirst for culture and adventure. It offers a truly unforgettable Moroccan experience, allowing you to absorb the atmosphere and beauty of the diverse destinations along the Saharan south.

IMPORTANT INFO:
This 6-Days Fez Desert Tour tour itinerary is only suggested, so if you have different travel plans, ideas, please contact us by email or phone and we organize your custom Fez to desert tour.

We'll pick you up from the airport and drop you off at your Fez hotel for a rest. Then we'll go to the new part of town, where we'll see a variety of crafts. We'll visit Fez, Morocco's religious capital and one of the imperial cities, with a focus on history and crafts.Fez has one of the largest Medinas in the Arab world, as well as Madrasas, Souks (famous for the quantity and variety of spices), Al-Karaouine, the world's oldest university, mosques, plazas, local Andalusians and potters, palaces, and museums. Morocco's artisan capital is Fez. We'll spend the night at the riad after dinner.

on the second day of your 6-Days Fez Desert Tour, We will depart after breakfast for the Middle Atlas Mountains, stopping in the charming town of Ifrane, also known as the "Switzerland of Morocco." We'll pass through the High Atlas Mountains and arrive in Errachidia, where the first large palm trees appear. This creates a green oasis, a microclimate suitable for growing a large range of fruits and vegetables. We'll arrive in Erfoud, the Tafilalet region's economic capital. The fossils discovered in this field attest to the fact that the area was once covered by the sea. The asphalt vanishes after this point. And the Saharan tracks adobe the Merzouga village tracks. We'll spend the night at the riad after dinner.

On the third day, we'll visit Erg Chebbi and Khamlia. Small settlements and populated houses can be found in unlikely locations far from civilization. In the evening, we'll meet up with the nomads and depart on a 44-mile camel ride to spend the night in the desert under the stars. In the mountains, you'll spend the night in nomad tents.

After breakfast, we'll head to Rissani and old Sijilmasa, a Sahara sourcing hub for ancient caravans. We'll continue on our journey across a semi-desert landscape before we reach the oasis of Tinghir, one of Morocco's most beautiful locations. Then we'll climb over 300 meters through the Todra Gorges. We'll travel to Ouarzazate via the Thousand Kasbahs Route, one of the most important cities in southern Morocco, known for its intense and cinematic activity, having produced films such as Gladiator, Troy, The Mummy, and others. Then we'll go to the Taourirt Kasbah. We'll be staying in a hotel and eating at a restaurant.

On the 5th Day of your 6-Days Fez Desert Tour Following breakfast, we will fly to At Benhaddou, the Queen of Kasbahs (UNESCO World Heritage Site since 1987). Later, we'll visit the Kasbah of Telouet, one of Morocco's most beautiful tracks. To enter the imperial city of Marrakech, we will proceed via the port of Morocco's highest mountain pass, Tizi n'Tichka (2,260 m). The riad will be our home for the night.

On the 6th Day of your 6-Days Fez Desert Tour, We'll go to Marrakech after breakfast. According to legend, the city was once populated by a tribe from the other side of the Atlas Mountains who brought with them a huge supply of dates, palms, and bones. Because of the color of its walls, it is known as "The Red City," and it is surrounded by gardens that are watered by underground wells dug by the Almoravids and Saharan nomads in the eleventh century. Following that, we'll go to Menara, the Casbah, the Saadian Tombs, the Bahia Palace, the Koutoubia, Majorelle Gardens, and the Souks, which are all must-sees. Discovering the square "Djemaa El Fna," where the city's life and events are concentrated: musicians, storytellers, jugglers, artisans, traders, and snake charmers, will be a once-in-a-lifetime experience.

Included in this 6-Days Morocco Tour From Fez to Marrakech

1 night in a luxury desert camp

Camel trekking at several points in the tour

Gratuities (at your own discretion)

We had many good guides but our driver Mahmoud was the best. He was kind, considerate, funny and entertaining. I would recommend him to anyone who is interested... read more in the history and culture of Morocco.

My partner and I loved our 6d/5n private-tour from Marrakech to Fes; it truly was a great succes, and we owe this also to Morocco First Gate. Positives: ... read more - the trip was perfectly tailored to our wishes. - great communication both before and during the trip. - our driver (Abdullah) was absolutely great; we will miss him - the car was very, very good. Points of attention: - although the private trip was without "forced" shopping stops, we were still put in situations that resembled it. Perhaps this may have been due to our lack of assertiveness, but still. - the luxury camp in Merzouga was the only disappointment of the trip; we advise future travelers to stay two nights in Merzouga instead (Riad Azawad was amazing), and just go for a evening/sunset camel ride from there. …

We had a 24 day trip throughout Morocco planned and our tour agency contracted Morocco First Gate to arrange a driver and many of our local stops. Mahmoud picked... read more us up at the Casablanca airport and stayed with us throughout our trip. He is a great driver and we really enjoyed getting to know him, local/regional music and learning about life in Morocco from him. Unfortunately we were travelling in the middle of the COVID19 outbreak and had to cut our trip short. Mahmoud was amazing at helping us to organize our trip home and gave great advice throughout our journey. I really can't recommend him high enough and we hope to see him again when we return to Morocco in the future.

My partner and I loved our 6d/5n private-tour from Marrakech to Fes; it truly was a great succes, and we owe this also to Morocco First Gate.

We had a whirlwind tour from Marrakech to fez seeing magical sights, meeting local artisans, enjoyed Moroccan cuisine and swaying along to the music we found along the way with... read more Mahmoud. Despite the lack of time to see this amazing place, we feel like we had an excellent experience and left wanting to come back for more. Thank you to Mahmoud for giving us an experience of a lifetime. His knowledge , openness, kindness and humor with us made our tour thoroughly enjoyable and he felt like an old mate by the end of trip. … 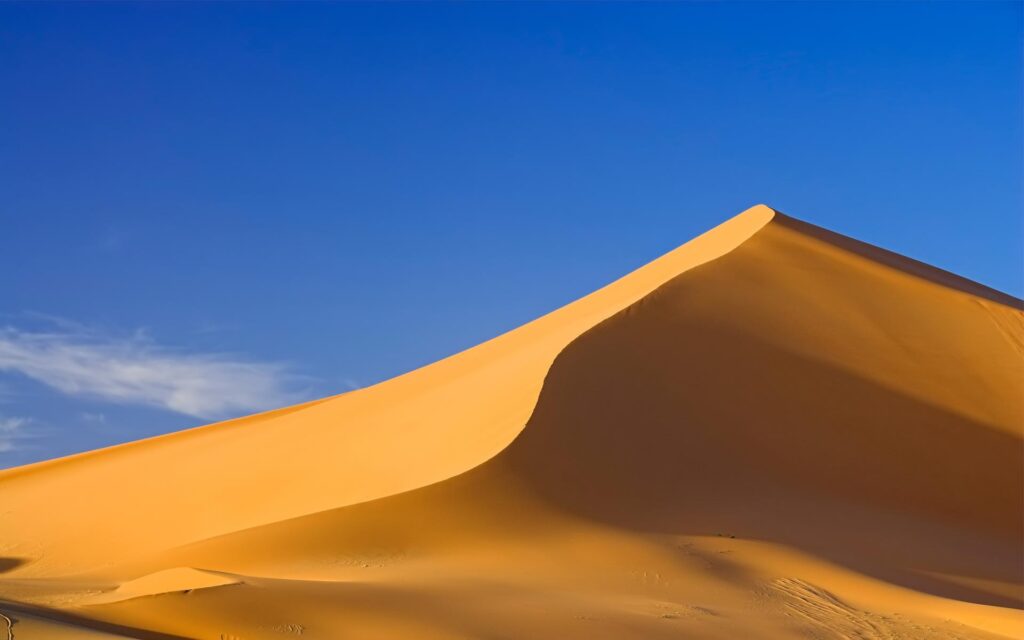 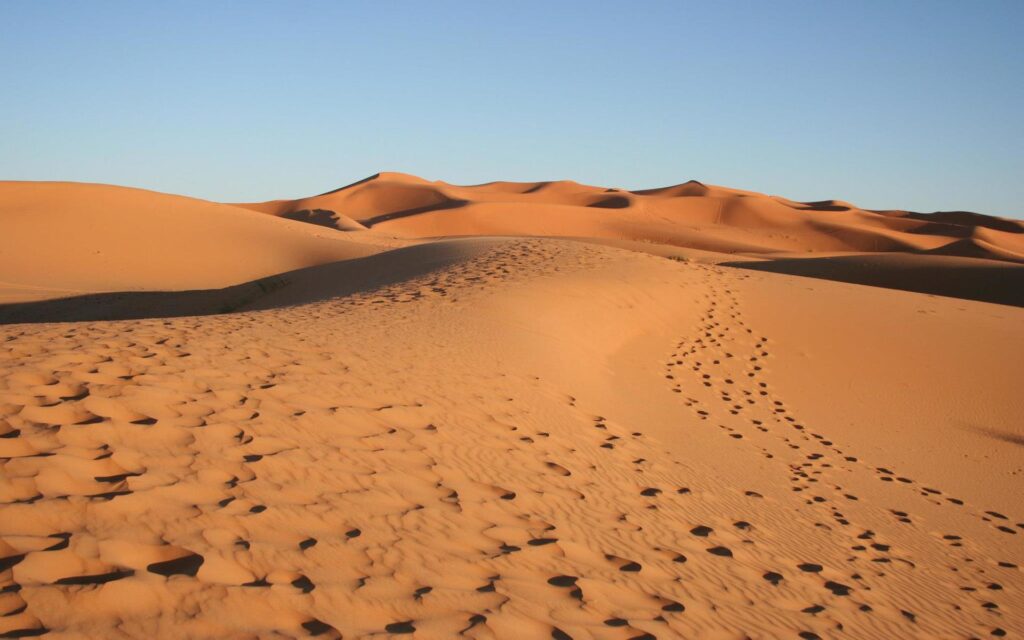 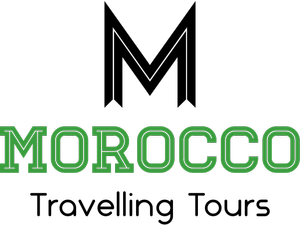